Witness for Peace Southwest has published the following action alert and updates for the Honduras Solidarity Network  http://wfpsw.org. There are three sections.

Calls and emails needed to the State Department and US Embassy in Honduras demanding the US denounce the violent treatment of Honduran congress members at the hands of the Honduran Military Police.

Sample script: “Madam, Are you aware that just recently Honduran military police broke down doors at the Honduran National Congress and subjected elected congress persons to violence, beatings, and teargas forcibily ejecting these elected officials from their congressional posts? Has Secretary Kerry or US Ambassador Kubiske condemend this violent use of force against elected officials of the Honduran congress?”

Video here of military police repressing congresspersons inside and outside congressional building.

“The Order From the National Congress Was to Repress All Action by the Opposition.”

The order of the day was repression and violence, said the congressmembers from LIBRE.  The violent actions led by agents of the State left several congressmembers hospitalized and dozens of demonstrators with serious blows/injuries, produced by the brutality with which riot troops and military police acted.

Around 4:00 in the afternoon a strong contingent of military police, police from the Special Operations Command (COBRA), and military troops entered into the hall of sessions of the National Congress, occupied strategic positions inside the big hall, surrounded the congressmembers of LIBRE and began to use batons, tear gas bombs, and shields to assault, push and mistreat and beat the representatives of the people.

There was no consideration for anyone, including congressmembers such as Claudia Garmendia, congressmember from the department of El Paraíso, who suffered the charge of the military soldiers, in which she was surrounded on the floor, and rescued by one of her congressmember companions.

Ex-President Zelaya, upon being expelled with shoves and blows from the second level of the National Congress, where he presides over the bench of the 36 congressmembers of LIBRE, said `those who are governing Honduras are beasts.’

Later he added sadly that `it’s only taken 100 days for president Juan Orlando Hernández to show us his fangs; he will not be releected to govern because the Honduran people reject his dictatorship.’

Congressmember Claudia Garmendia was hospitalized because of the blows and gases she received inside the hall of sessions of the National Congress; also the congressmembers Elvia Argentina Erazo (Copán) and Audelia Rodríguez (Atlántida).

Several days ago LIBRE called for a peaceful demonstration underneath the National Congress [Transl:  the building is sort of on big stilts, with an open area on the first floor; the actual congress is on the second floor], demanding that, because LIBRE is the second political force in the country, with 36 congressmembers, it be represented in the Supreme Electoral Tribunal.  The demand was met by a response from the President of Congress Mauricio Oliva that LIBRE had to obtain 86 congressmembers in order to be included. And the other response from Oliva was made this afternoon, in ordering a brutal repression against the opposition politicians, activists, and leaders of LIBRE.

The situation is worrisome to human rights bodies, considering tomorrow environmentalists will arrive at the National congress tomorrow to demand an end to concessions for extraction of the country’s mineral resources.

The Honduras Solidarity Network has set up an emergency fund for Hondurans who need emergency medical help, relocation for security reasons and for the families and victims of human rights abuses and assassinations. Please support the Honduras Emergency Fund if you are able.

Honduran Social Movements en route to march on the Capital

Campesinos, Indigenous peoples and members of the social movements launch a “caminata” march across the country with demands for “Dignity and Sovereignty”.

Funds still needed for food, housing, transport and medical support for the dozens of organizations participating in the “caminata”. Donate here to the caminata.

The Mobilization began on Wednesday, May 14th in the morning, leaving from the community of Zambrano.  Arrival in Tegucigalpa is planned for Thursday the 15th and we call for participation from the Popular Resistance; FNRP Collectives; Base Organizations of the Social and popular urban movement,  artists, writers, feminists, Youth, Leftist Political Organizations; LGBT Organizations and all the organizations that are in the struggle against the oppressor system and the continuation of the Coup d’E’tat of 2009, organizations in struggle against neoliberal policies, imperialism and the patriarchy.

Rep. Shakowsky’s Dear Colleague letter on human rights in Honduras now has 67 signers. See the list to see if your Rep. Has signed on yet. Click here to send a letter thanking your Rep for signing on. If you Rep has not signed click HERE to send a letter asking them to sign on by the letter’s deadline Wed May 21st.

For a full text of the Letter click Here. 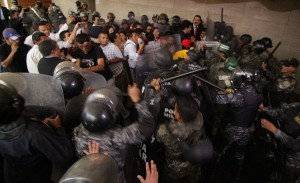 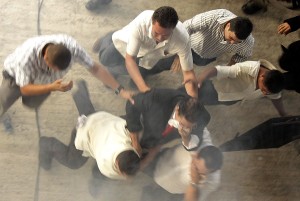 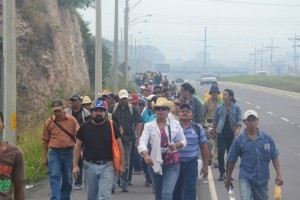 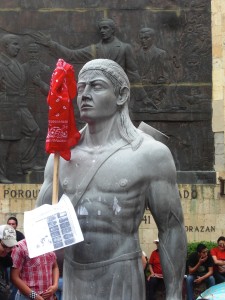 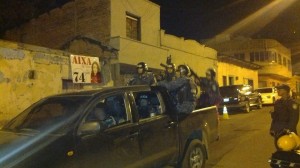