Today in the Streets of Tegucigalpa: Anger & Mourning! 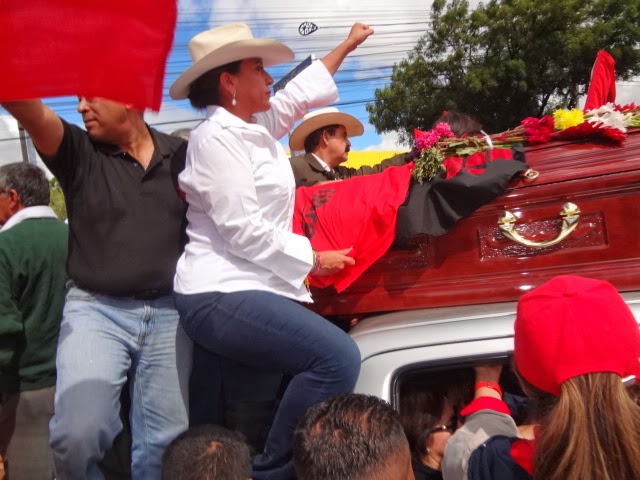 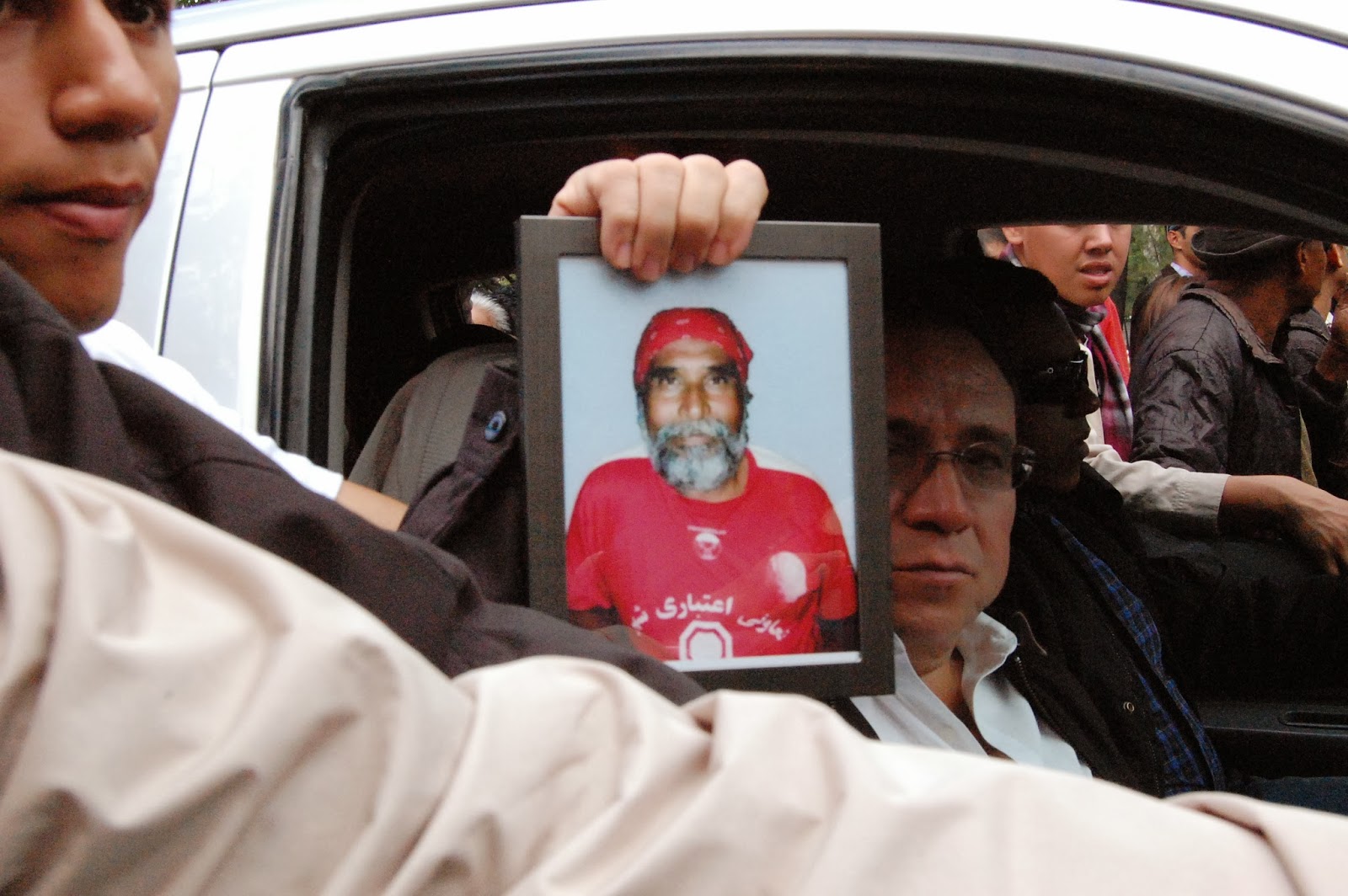 The national mobilization called for by Xiomara Castro on Friday night became a massive, angry funeral procession today in Tegucigalpa. Last night two members of LIBRE were murdered in Tegucigalpa, there were unconfirmed reports of another in Olancho and a bomb was set off at another resistance locale. Today’s march accompanied the coffin of Jose Antonio Ardon, “Emo 2” from the Pedagogic University to the Supreme Electoral Tribunal and then to his wake at the national teachers union (COPEMH) hall.  President Xiomara Castro, ex-President Zelaya, and other leaders from LIBRE and the National People’s Resistance Front (FNRP) spoke angrily of the fraud, lies and violence and called on people to take the streets agains after this “ballot box coup” as they did after the June 28, 2009 coup. 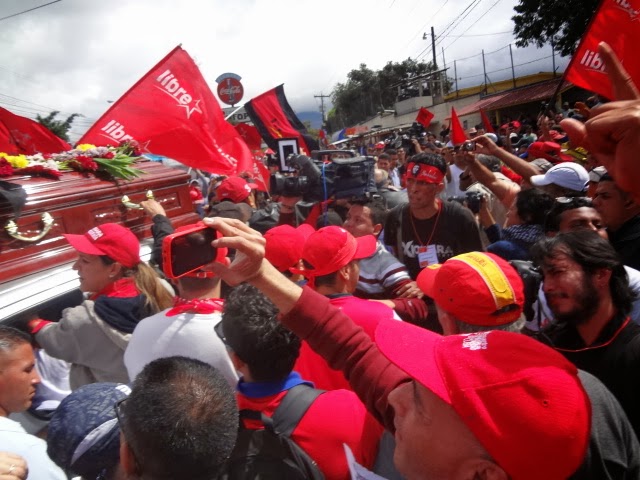 Thousands of marchers chanted, sang and shouted emotionally, carrying LIBRE flags, and hand-made signs. Person after person told our team that Juan Orlando Hernandez and the National Party are usurpers and not the legitimate government. LIBRE is filing a formal challenge to the announced results and has vowed to fight in the courts and international bodies as well as the streets. 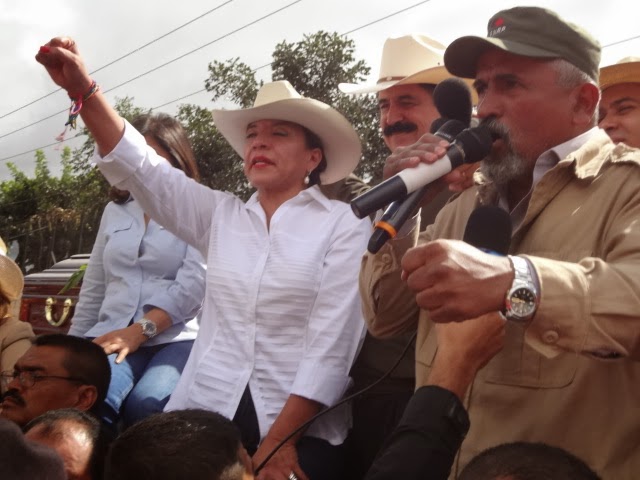 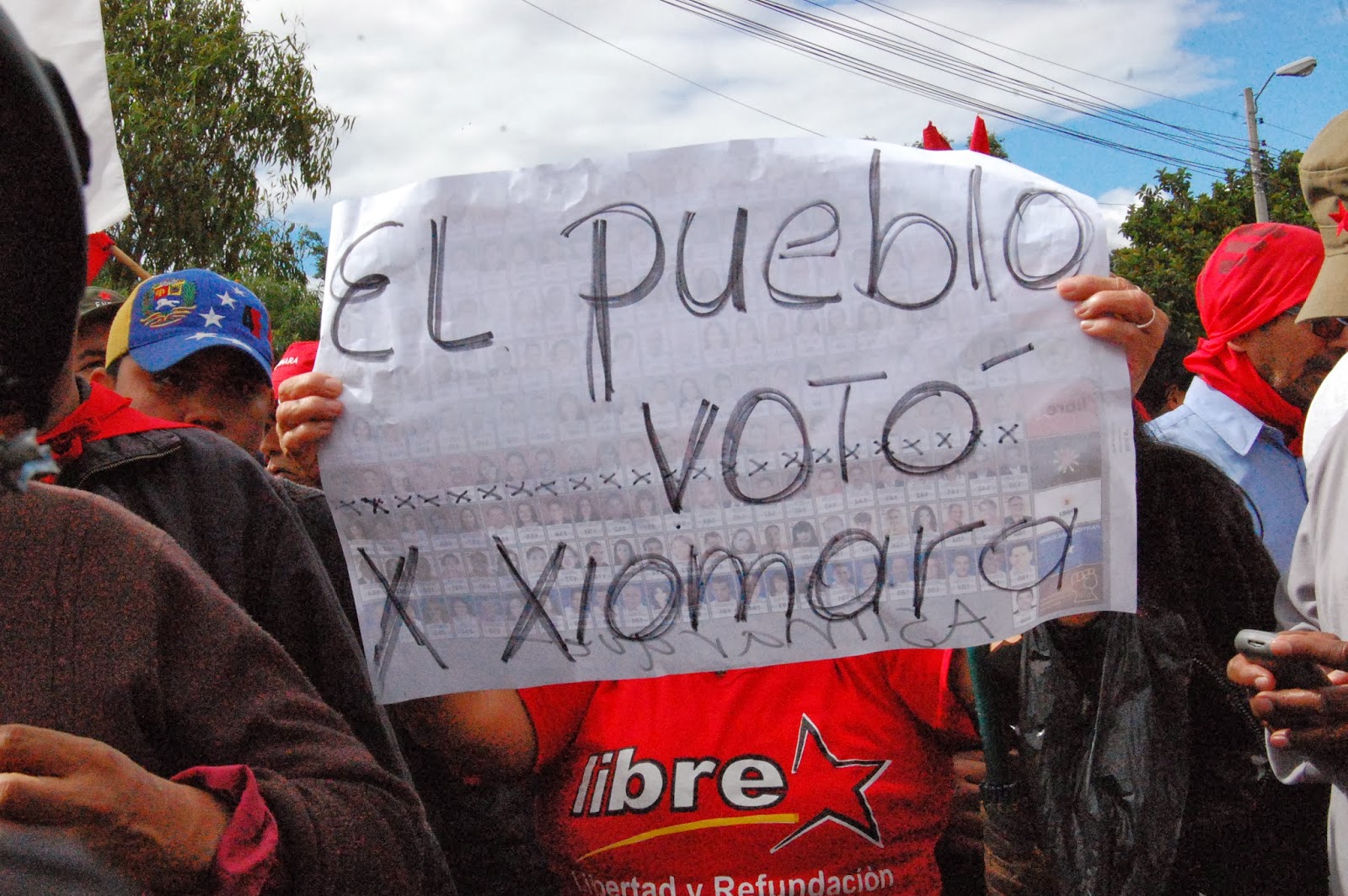 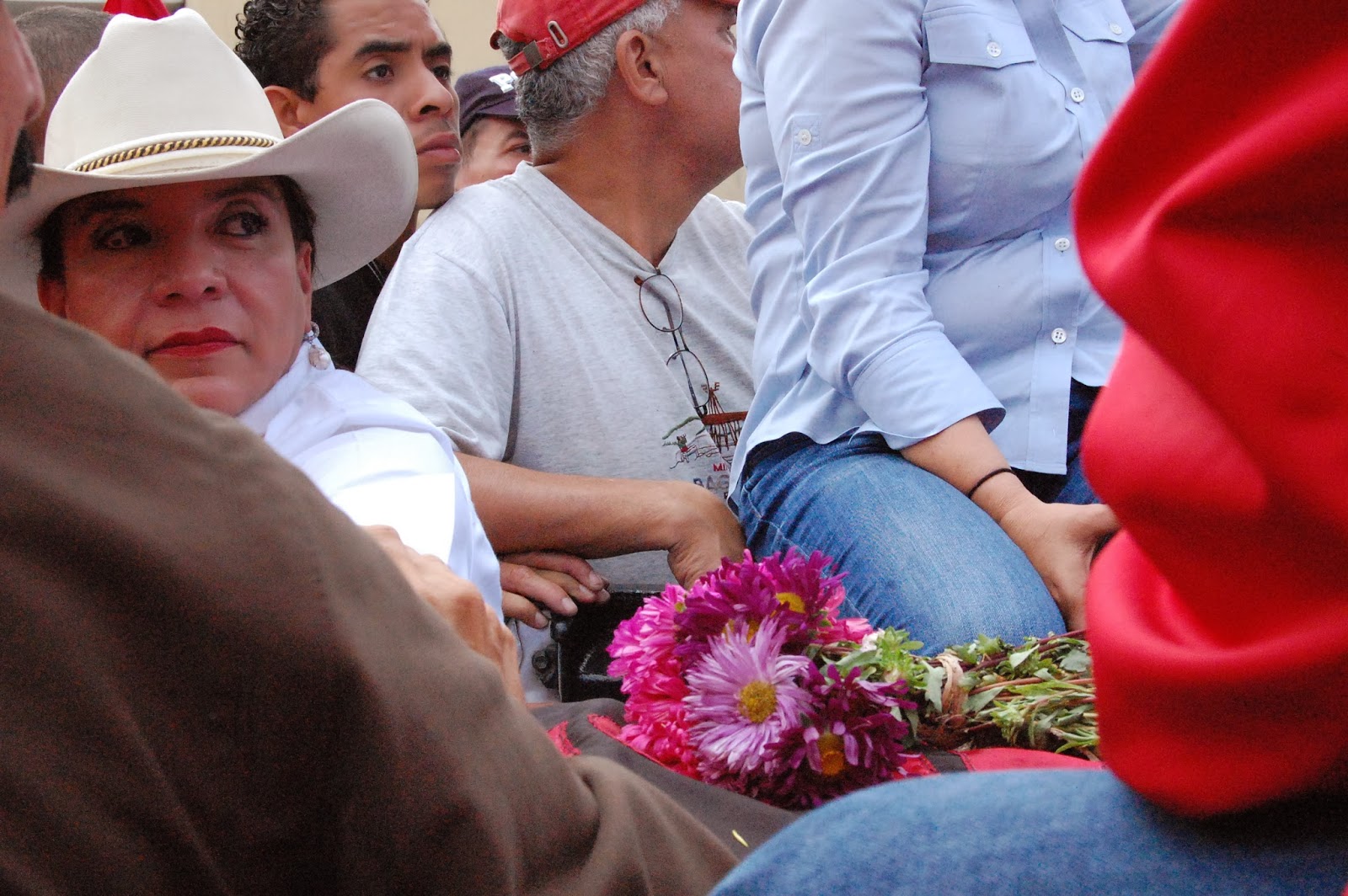 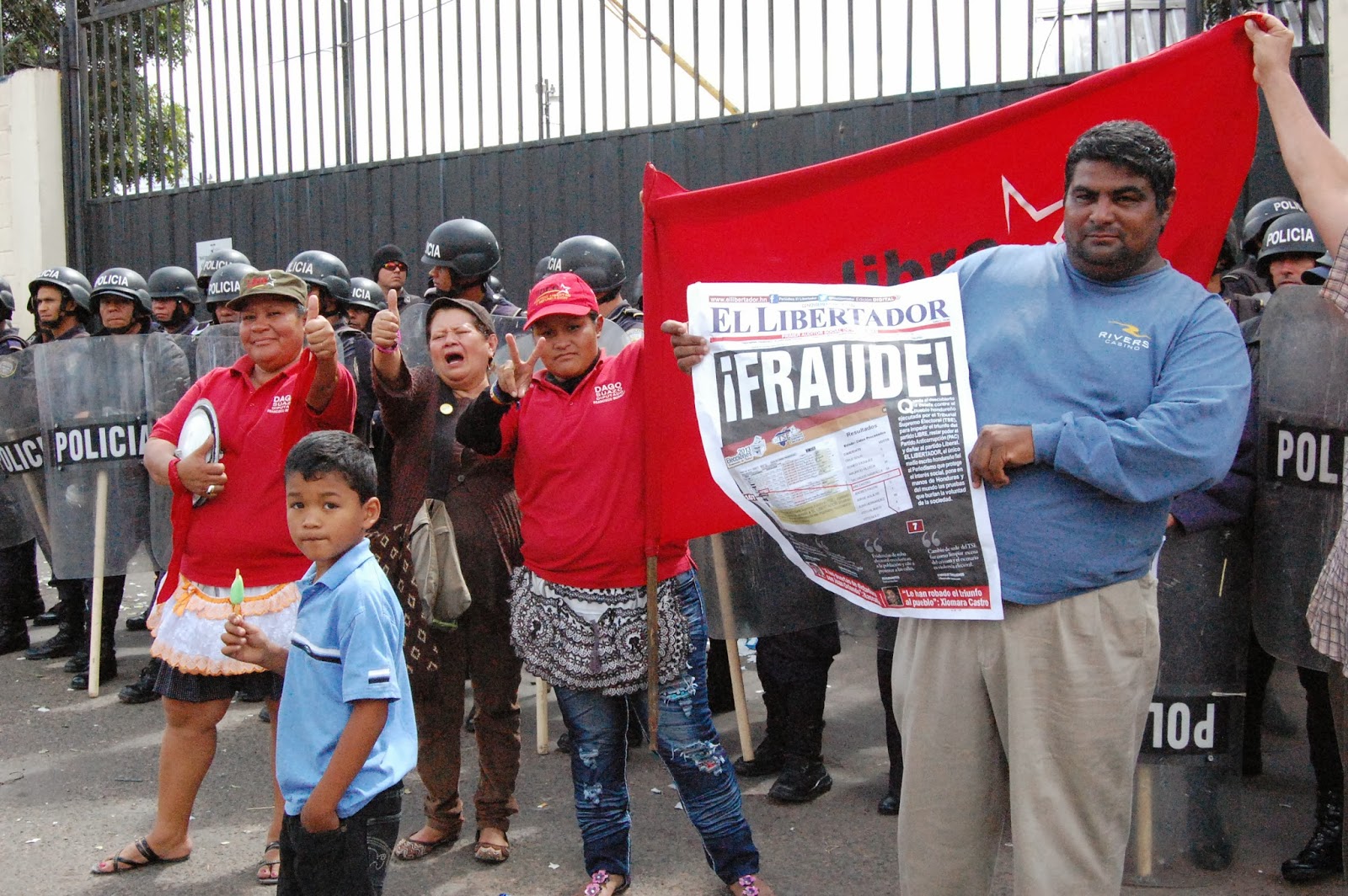 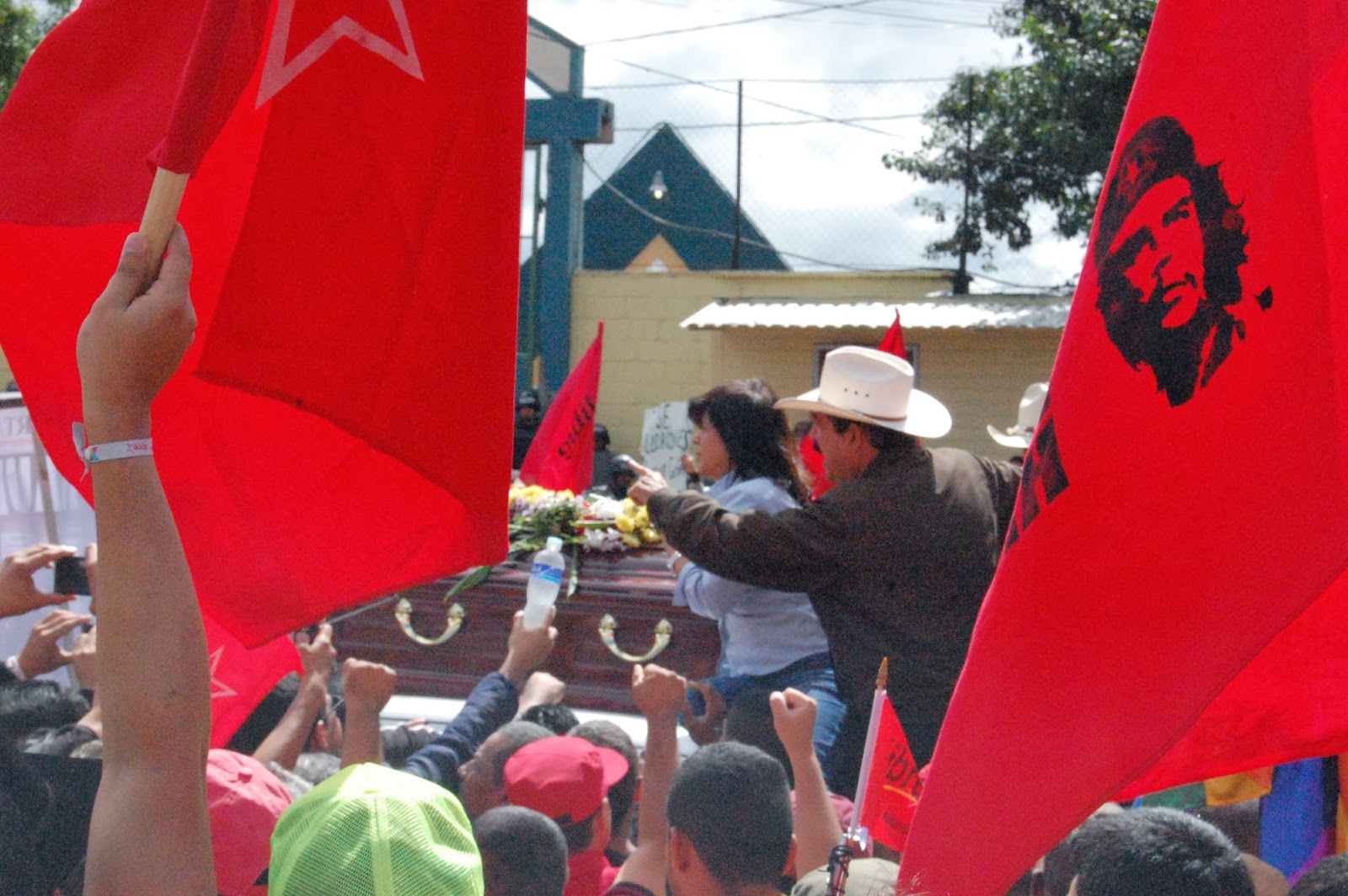